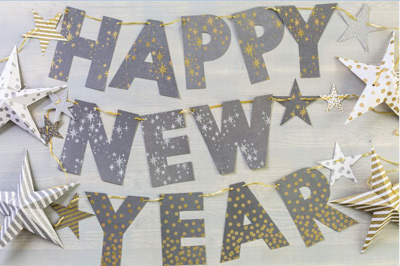 Even though the biggest Boston New Year's Eve event for 2019 is the famous First Night celebration, there are plenty of other New Year's Eve parties and special events for you to consider - plus a spectacular fireworks show over Boston Harbor and Countdown at Copley Square at midnight.

Whether you're looking for a romantic night of dancing and champagne, a fireworks cruise, entertainment at a concert or a comedy club, or a festive but family-friendly way to welcome the New Year, you'll find plenty of exciting choices.


Celebrate the holidays while relaxing and sightseeing on the festively decorated Yacht Northern Lights on these special cruises around Boston Harbor:

An Irish Christmas Carol Cruise - Get into the holiday spirit with Slainte, the Northern Lights' house Irish band.   Raise your glass as you join in singing some merry Irish holiday ballads on this 90 minute Harbor cruise.

Cocoa & Carols Holiday Cruise - Join in singing your favorite Christmas holiday songs led by the Blue Motion Jazz Quartet on this cozy 90 minute Harbor Cruise on the Northern Lights with drinks and snacks available for purchase at the yacht's Main Deck Bar.

Holiday Sunset Cruise - As the ship's captain points out highlights of passing landmarks and soft music plays in the background, watch the ever-changing sunset colors as the sun sets behind Boston's city skyline on this relaxing 90 minute cruise around the Harbor.

Holiday Jazz Cruise - Relax to the sounds of jazzy Christmas tunes performed live by Blue Motion Jazz Quartet, and enjoy an adult beverage on this 90 minute romantic evening cruise past iconic attractions along the Boston waterfront.

Best of all:  All official First Night/First Day events are free.


From Blue Man Group to Lake Street Dive, you can choose from several shows in Boston's theaters on New Year's Eve:

Bryan Callen is appearing at the Wilbur Theatre on New Year's Eve (find tickets), and Boston's comedy clubs will have exciting lineups as well.

Boston Sports on New Year's Eve:
TD Garden is usually a good bet for New Year's Eve entertainment - but not this year!  If you want to catch a Celtics, Bruins, or Harlem Globetrotters game there this year, head over on Christmas Day or Wednesday or Thursday.

New Year's Eve (and Day) on the Waterfront:


The annual Ice Sculpture Stroll along Boston Harbor is bigger and better than ever this year, with imaginative ice sculptures and activities for you to enjoy in these (mostly) waterfront locations: