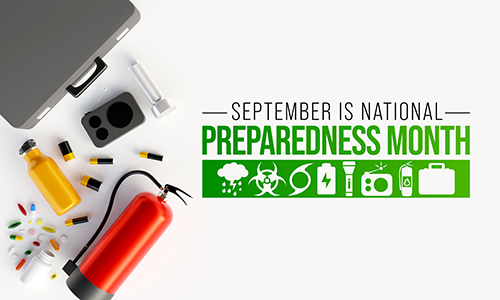 National Preparedness Month is an observance each September to raise awareness about the importance of preparing for disasters and emergencies that could happen at any time.

In 2021, FEMA’s Ready Campaign and the Ad Council broke ground by producing the first-ever national preparedness campaign specifically targeting the Latino community for National Preparedness Month. Released during Hispanic Heritage month, the advertisements centered around the Latino community’s commitment to personal planning for occasions and family milestones as a bridge to also planning for disasters.

This one-of-a-kind campaign is committed to putting people first and reaching communities where they are. To continue these efforts, this year’s National Preparedness Month campaign will feature a call to action for the Black and African American community.

This year’s national public service announcements are being developed and will be released throughout the country this September, to help get preparedness information into the hands of those who live in underserved communities.