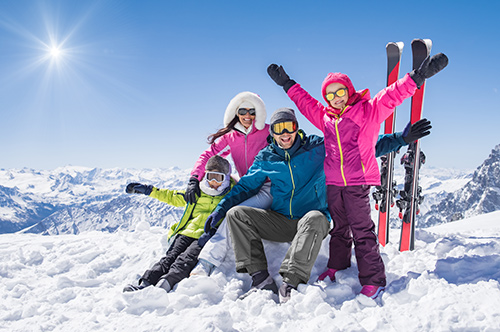 While a helmet, goggles, and gloves are a few important things to bring along for a long day on the slopes to stay safe and warm, common sense is probably the most important thing to bring when you’re skiing or snowboarding.

On a busy Saturday, there can be thousands of people at a ski resort. Navigating through dozens of people at varying skill levels on the same run can feel like a game of Frogger as you dodge ski school groups, stopped skiers or snowboarders, and speed demons.

Ski and snowboard injuries are common

While deaths are relatively rare – approximately 38 per year out of over a million ski days per season, according to the National Ski Areas Association – ski collisions and non-life-threatening injuries are much more common. Researchers at Johns Hopkins Hospital estimated that about 600,000 people nationally are injured each year as a result of skiing and snowboarding.

The National Ski Areas Association developed “Your Responsibility Code” to help skiers and boarders be aware of the risks associated with snowsports.

Here are the seven rules of slope safety to keep you and others out of harm’s way: